Gout is an extremely painful condition caused by uric acid crystals that form inside your joints. Purines are converted into uric acid by your body, thus, a diet high in purine will significantly increase uric acid levels.

If you suffer from gout it’s best to reduce purines in your diet. Purines are found in various drinks and patients should avoid these at all costs to reduce the risk of a painful gout attack.

Below is a list of drinks that are better avoided if you want to prevent a gout attack.

A recent study determined that patients who consume one serving of beer on a daily basis were 1.5 times more likely to develop gout than those who avoid drinking beer altogether. The alcohol and brewer’s yeast are the main culprits that can trigger a gout attack. 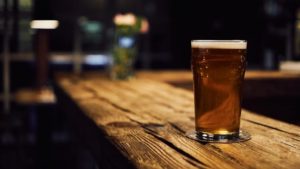 While beer is the worst alcoholic drink to consume when you suffer from gout, any other alcoholic beverage can trigger gout symptoms too. This is because alcohol causes the kidneys to eliminate alcohol instead of eliminating uric acid. With the increased amounts of uric acid in your bloodstream, you’ll have a gout attack sooner than you might think.

It is believed that caffeinated drinks might protect you from gout so no need to cut out coffee. Be careful however not to suddenly increase your caffeine intake, since it could increase the risk of gout symptoms.

For an effective, natural gout treatment in South Africa, use Lifetones Acid Clear.

Press Enter To Begin Your Search
×